Tonight we are facing a very intriguing Frankfurt team. One that can beat Bayern Munich 5-1 but also lose to Liege or smaller teams in the German league. Frankfurt has some decent footballers in Hasebe, Sow, Rode, Kostic, Fernandes, Silva, Dost, Paciencia…They should end in the Top 8 in Germany but their inconsistency is a source of concern for them. They like to line up in a 3-4-1-2. 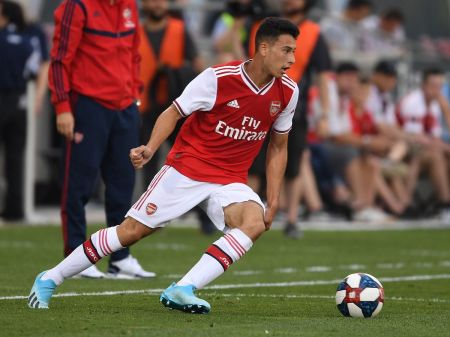 Rumour has it that this could be Emery’s last game in charge but let us see…If it is, I hope he ends his AFC tenure with a resounding win through a good team performance.

As this is the Europa League we should expect to see some players that otherwise don’t feature.  If a team plays          3-4-1-2 it is believed that if you want to counter their play (Emery tactics basically), you should play 4-2-3-1 with two very pacy wingers, so here is my predicted line-up for tonight:

In German, Frankfurters are not only the inhabitants of the city of Frankfurt but the term also refers to the sausage usually stuffed in a German baguette to make local hot-dogs. It is usually served with Mustard (sometimes ketchup too) and for the most daring, also with horseradish and a beer (usually a white beer). So I hope that our team will gobble this Frankfurter team up and that we can enjoy a nice beer while the action on the pitch gives us hope and pleasure.

Given that Frankfurt is on a poor run as well, I would expect us to win this game at home so I am hoping for a 3-1 win for us with Martinelli, Pepe and Ceballos on the score sheet while Frankfort will score from Kostic.

If it is Embers’ last game, I wish him well in his future endeavours and I hope that Ljunberg does well in the interim!

This entry was posted on Wednesday, November 27th, 2019 at 12:49 pm and is filed under Uncategorized. You can follow any responses to this entry through the RSS 2.0 feed. Both comments and pings are currently closed.

130 Responses to Will Arsenal v Frankfurt be Emery’s swansong? Pre-match …….