We arrive at the sixth game of the season welcoming newly promoted Aston Villa to the Home of Football. They haven’t had a particularly good start to the season with 1 win 3 losses and 1 draw. But we also haven’t won in the League since the 17th August. 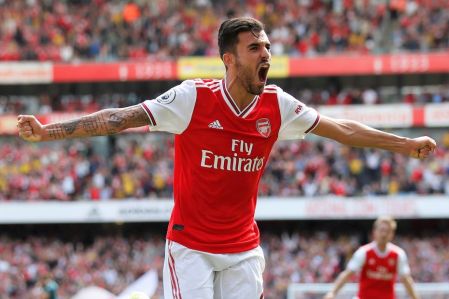 Arsenal have won six consecutive league and cup games against Aston Villa, keeping a clean sheet in each of the last five. Villa have won three Premier League away games at Arsenal, a tally exceeded only by Manchester United and Chelsea (both have four victories). That was then, this is now.

After last weeks debacle against Watford there has been lots of discussion about how we set up and how we play out from the back. Both of these need to be addressed by Head Coach, Unai Emery. He has confirmed that he won’t be instructing the team to play in the suicidal manner we saw last week every time. It’s a shame he didn’t change it during the game last week.

Ceballlos loves playing at the Emirates so I’m hoping we’re going to love him back. The atmosphere was fantastic for the game against totts and tickets have been hard to come by for this game for weeks. There will be an expectation that Pepe will get his first goal in front of the home crowd. I don’t mind which end he scores but I shall be cheering him on in the North Bank.

If we’re to suffer conceding silly goals again then lets hope we get to cheer more times than we’re grumpy.

Enjoy the game all COYG

This entry was posted on Sunday, September 22nd, 2019 at 10:06 am and is filed under Uncategorized. You can follow any responses to this entry through the RSS 2.0 feed. Both comments and pings are currently closed.