All the signs are that the Brazillian hot prospect Gabriel Martinelli will be announced as an Arsenal player in the next few days. He was 18 yesterday and is now eligible to sign a professional contract in the UK.

We should be excited for 2 reasons …

The late season capitulation showed us that whatever it is that had seeped into the fabric of the club in recent years still persists. The only answer is to bring in new blood and to change the culture and that process is taking place this summer.

Martinelli was at Corinthians when Edu was Sporting Director and seems likely to be the first player brought in by our soon to be new Technical Director as part of further shakeups behind the scenes that have already seen Freddie Ljunberg swap jobs with Steve Bould. Francis Cagigao is highly regarded at the club and has also played a role in the transfer after having previously been a scout. He was responsible spotting players such as Lauren, Cesc Fabregas and Hector Bellerin so we can see that his credentials are first rate.

Edu will be announced as the new Head of Recruitment when he takes up the post officially on 7th July. We are getting things right behind the scenes and this should enable us to be more effective at the sharp end with qualified and competent specialist management making the important decisions. 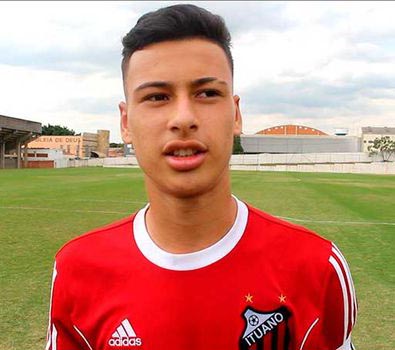 So why get excited about Martinelli?

There is a new order that is emerging in the EPL. Most clubs that are being sold are being snapped up by owners who have agendas beyond football and are prepared to invest heavily in search of success. Arsenal may be in the bottom half of the league when it comes to funds available for transfers so we have to spend wisely.

Of course Martinelli is a risk, as are all young players.  Let’s hope we invest in some of the youth under our very noses already in our academy too …. the likes of Willock, Nelson, Bielik, Nketieh, Smith-Rowe and Sheaf could negate the need to look any further.

This entry was posted on Tuesday, June 18th, 2019 at 8:33 pm and is filed under Uncategorized. You can follow any responses to this entry through the RSS 2.0 feed. You can leave a response, or trackback from your own site.

75 Responses to Gabriel Martinelli … Be Excited … Be Very Excited