The team selection looked ideal for an away game, compact in midfield and some heavy duty firepower up front to hopefully snatch that crucial away goal.

Napoli had a few half chances but many of their attacks were halted by the lino’s flag.

Rambo pinged a hammy and was replaced by Micki in preference to Mesut, presumably in the running about a lot stakes. Almost immediately Laca was fouled, a distance out from the Napoli goal. He stepped up, fooled the goalkeeper which side he was going and popped it over the wall into an empty net. 1-0 away from home and just what the doctor ordered. 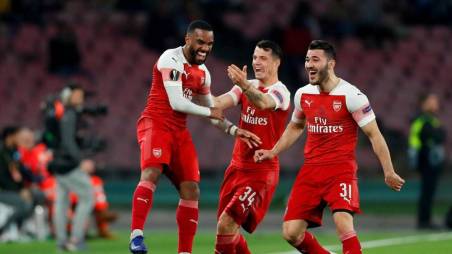 Napoli decided their best hope of getting back into the game was to blame the ref for their predicament in the hope of intimidating him into favouring them. During that first half he stood up superbly against their efforts.

A couple of minutes after the restart Auba had the simplest of chances to make it 2-0 and take us completely out of sight. His 98% strike rate of early season has truly gone.

Napoli’s crossing, shooting and passing in the final third were so woeful during that second half that their best chance came when Nacho inadvertently diverted the ball towards his own net but Cech was right on the spot.

Highlight of the half was Big Sok telling Koulibaly that he was a cheating sod in Greek while making it look like he was counselling him on what a harsh world it is. Priceless.

Excellent from The Arsenal.

Napoli’s first defeat at home to an English side and yet again we confounded expectations with a measured and controlled performance. Napoli were awful but let that not detract from a great team performance.

An away goal and a shut out – not many predicted that!

Valencia await in the semis.

Mertens thinks we weren’t very good. Ahem, we beat you both home and away without breaking sweat or conceding. I reckon you need to take a long hard look at yourself, pal. 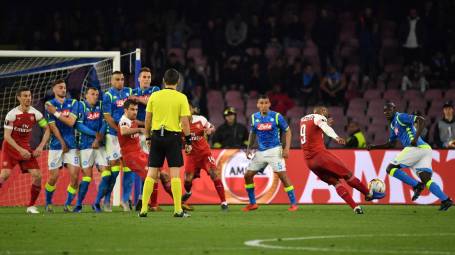 Maitland-Niles – a sound performance, covered well, attacked well, he continued his resurgent form since his ‘mare at Goodison … 8

Sokratis – a personal favourite – solid as a block of marble and with as much facial expression, though his counselling of Koulibaly was a joy to watch … 8

Koscielny – captain, my captain – class throughout … 8

Kolasinac – combative and useful in possession … 7 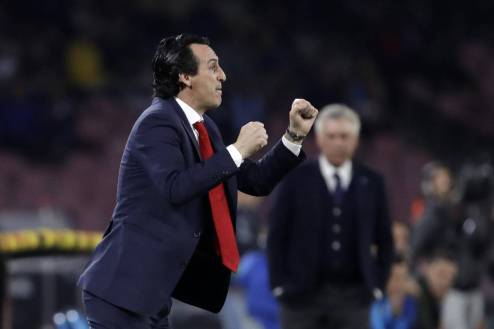 Ref – Pretty good game – not wanting to grab the limelight – Mike Dean take note, it’s not about you … 8

This entry was posted on Friday, April 19th, 2019 at 6:36 am and is filed under Uncategorized. You can follow any responses to this entry through the RSS 2.0 feed. You can leave a response, or trackback from your own site.