EPL Top 6 positions up for grabs – who’ll finish where?

The placement of the top six clubs in the Premier League looks like it will go right down to the last game of the season.

Lets take a look at where the teams stand with only eight games left to play (Chelsea still have nine but play today). 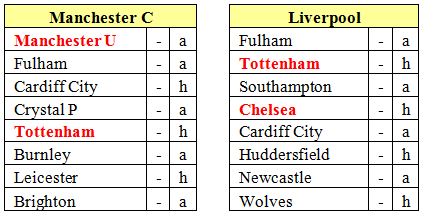 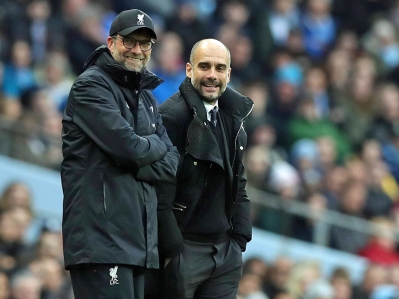 My best guess is that Liverpool will hold their nerve and win their first Premier League Championship, though with both teams in the Champions League q/fs, European distractions may play a part.

The third through sixth positions are between Spurs, Arsenal, Man U and Chelsea and the four teams are separated by only four points with their final placement in complete doubt. 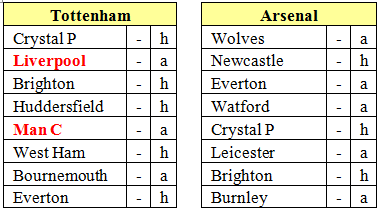 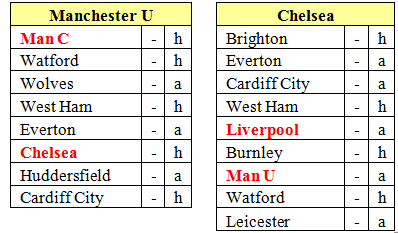 Let’s look at the teams individually.

In their reverse fixtures this season they won 6 of the 8 games but lost at home to both Liverpool and Manchester City gaining 18 out of 24 points.

In their last 4 games Tottenham have picked up only 1 point, drawing with Arsenal and losing to Burnley, Chelsea and Southampton. In their last 8 games they will have to face both Liverpool and Manchester City in away fixtures.

(Update : the Champions League may not distract them for too much longer unfortunately)

Arsenal won 5 of their reverse fixtures while drawing with Wolves, Crystal Palace and Brighton gaining 18 out of the 24 points.

They have finished all of their games against the top 6 teams which should give them a big advantage in the race for the top 4 positions. 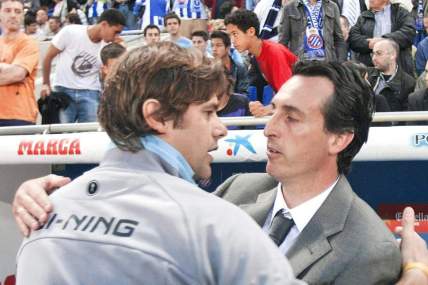 Emery and Podgytino in their Spanish days

Manchester United won 4 of their reverse games but drew with Wolves and Chelsea while losing to Manchester City and West Ham gaining only 14 of the 24 points.

They have been revitalised by new management and in their last 13 league games they have won 10 drawn 2 and lost just 1 to Arsenal at the Emirates. Their final place in the PL will most likely be determined by the results in their homes games against Manchester City and Chelsea.

(Update : they’ll be pleased they can concentrate on the League – now that the FA Cup is out of the way! But still have Barca to negotiate in the CL.)

In their reverse fixtures Chelsea won 4 and but drew with Everton, West Ham, Liverpool and Manchester United while losing to Leicester and only picking up a low 12 out of 27 points.

In their final 9 league games they have 5 very tough away games at Everton, Cardiff City, Liverpool, Manchester United and Leicester.

As I look at the potential final 3rd through 6th positions it’s conceivable that all four teams can finish with the same amount of points. I know that everything can change with one result but based on the above thoughts and statistics I will go out on a limb and say that they will finish in these positions.

What are your thoughts?

This entry was posted on Sunday, March 17th, 2019 at 7:14 am and is filed under Uncategorized. You can follow any responses to this entry through the RSS 2.0 feed. You can leave a response, or trackback from your own site.

62 Responses to EPL Top 6 positions up for grabs – who’ll finish where?