A similar line-up to the team which beat Man U was chosen to engineer our fightback. The only changes being Cech in goal and Mustafi for the ineligible Papa.

What a magnificent start to the first half – Ainsley finding Aaron Ramsey in the perfect position in the area to swivel and feed Auba for a goal poacher’s tap in. These are easy and straightforward if you have the instinct to be there in the first place. 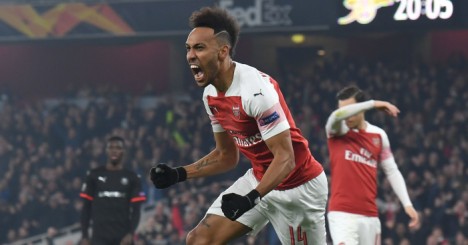 Things went from peachy to orgasmic with the second goal after a quarter of an hour.  Wardrobe knew he was offside from the dinked ball through, leaving Auba to stand up a tempting cross Brady-style to the far post and who should be there to nod it into the net – only our Conservative candidate for Lower Holloway. Ainsley was ecstatic and from that moment on you could see him visibly grow in confidence.

Rennes struggled to put many passes together and their game was again characterised by play-acting and blatant attempts to con the ref into issuing cards. Well, it had worked once in France.

Rambo had another fine chance from Laca laying the ball back but could only find the keeper when under pressure to get a shot off quickly.

After 4 minutes stoppages at the end of the half we found ourselves up on aggregate via away goals. No chance it could stay at 2-0, surely?

The second period started with a near calamity with Mustafi getting caught wrong side. the ball hit the post and we could breathe again. Shkodran was generally pretty solid though tonight, so we can excuse him this one because it didn’t lead to us conceding and he did get back up on his feet and block the follow up shot from the rebound.

Rennes had a series of corners and a few vague sniffs at goal that tended to be snuffed out by the gloriously erect flag of the lino at the North Bank end. Why BT saw fit to keep showing play which was after the ball was dead, is anyone’s guess. Same reason they would employ Stuart Robson as co-commentator, no doubt – to wind us up, as there can’t be any other reason. His monotone banality is enough to drive any self-respecting fan into thinking any game is full of tedium.

Emery’s substitutions on 70 minutes were absolutely inspired. Mesut had been fairly lacklustre by his own very high standards and he was replaced by Micki. Laca had run his socks off and was on a yellow so, Iwobi made sense, too.

There was an immediate transformation. We suddenly had the ball and kept it purposefully in midfield. the passing interchange was swift and decisive resulting in a beautifully constructed goal of glorious simplicity. Wardrobe’s driven cross to Auba was like an express takeaway brought by Deliveroo. Superb, three goals to nil and a mask celebration to add a further minute to injury time.

We dominated the next 10 minutes and should have had a 4th and 5th with Auba missing a one on one and then fluffing his lines when he had the goal at his mercy with his left foot from Rambo’s wonderful pass.

Lucas Torreira came on for Rambo who was, once again, quite sublime. His tackling, positional sense and ability on the ball were just exceptional. Five extra minutes were seen out without too many scares and a well-deserved passage to the quarters secured.

Three goals and none conceded. There were virtually no Arsenal fans predicting a clean sheet.

The Rennes players’ attempts to recreate the Papa situation were pathetic in the extreme. I suppose their only chance of winning was to play against 10 men again. Luckily we didn’t have to endure too many close ups of the hideous Ben Arfa as he was barely in the game – so much for laughing at Unai Emery mate, he done you up like a kipper. Hahahaha. 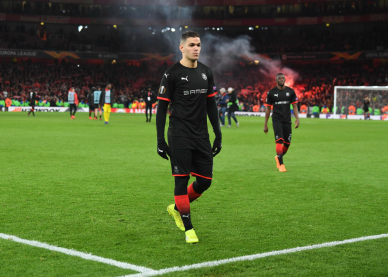 Loved the substitutions. they really secured the victory.

Ratings (perhaps slightly high but, heck, the fightback was glorious)

Cech – clean sheet – took a kick in the head – didn’t have too many clear cut saves to make as Rennes were offside so often …. 7

Maitland-Niles – his first half was superb and a goal to boot – great to see him grabbing his chance with both hands …. 8

Mustafi – the much-maligned Shkodran played well tonight apart from the one slip – well done that man …. 8

Monreal –  excellent throughout – Sarr barely got a look in ….. 8

Xhaka – the odd misplaced pass amongst hundreds – he really does ooze class regardless of what the nay-sayers think – was he a single fulcrum or was a certain Welshman providing able backup in the double pivot? …. 9

Ramsey – another top top performance from Rambo with one assist (and could have had another if Auba hadn’t failed his Football proficiency test with his left foot) – again gets my MOTM with his tireless, selfless running, challenging and top quality with the ball at his feet …. 9

Ozil – not his most effective Arsenal game – seemed to lose possession easily without too much care on occasion …. 7

Aubameyang – 2 goals, 2 misses, 1 Bradyesque assist – an elite goalscorer’s lot, I suppose – will get most of the papers’ MOTM as goalscorer’s usually do …. 8

Lacazette – the man has grand couilles – unlucky to be booked for a great challenge – didn’t have too much joy in front of goal but worked like a Trojan …. 8

Mkhitaryan – his quality on the ball was immediately apparent – helped to get us over the line …. 8

Torreira …. not on for long but chased and harried …. 7

Emery – Manager of the Match, of that there is no doubt – restored his reputation from last week with a great team set-up and tactics – the subs on 70 minutes were bang on and sealed a fine win …. 9

Le Wagner – should go back to Huddersfield, but would be laughed out of Yorkshire if he asked his players to feign  injury at every opportunity ….3 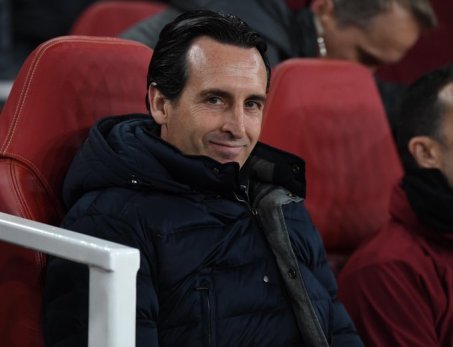 The UEFA Europa League draw begins at 12 noon on Friday 15th March. The draw will be for the Quarter/Final and Semi/Final.

p.s. please give your own match thoughts and ratings in the comments below

This entry was posted on Friday, March 15th, 2019 at 6:45 am and is filed under Uncategorized. You can follow any responses to this entry through the RSS 2.0 feed. You can leave a response, or trackback from your own site.