The 2018–19 AFC Bournemouth season is the club’s fourth consecutive season in the top flight of English football and their 129th year in existence. 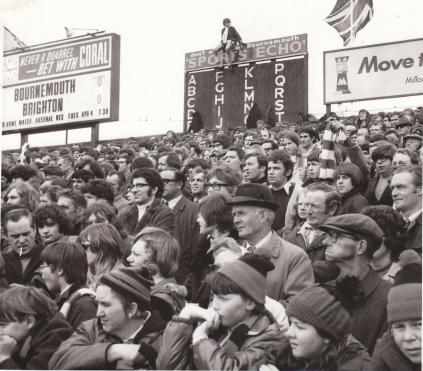 The club’s badge has Bournemouth’s red and black stripes and also a footballer heading a ball.

The club is currently owned by Maxim Demin, a Russian multi-millionaire involved in the petrochemicals trading industry. He became co-owner of then Football League side A.F.C. Bournemouth with Eddie Mitchell, reportedly paying £850,000 for his share of the club. Subsequently (in 2015) the club were promoted to the Premier League. In 2015, he sold a 25% share in the club to Peak 6 Investments, although he remains the majority shareholder.

Demin spent £5 million on a mansion in Sandbanks (Dorset), also known as ‘Britain’s Palm Beach’.  He then promptly demolished it and employed Eddie Mitchell to rebuild a state of the art house. 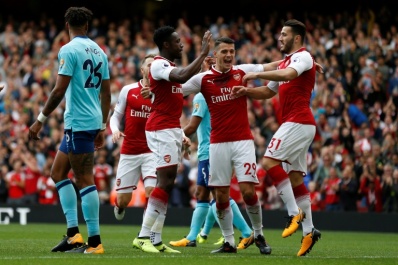 We have already beaten them away from home, sneaking the points with a narrow 2-1 victory. They scored one of the best OGs you’re ever likely to see to put us in front, before equalising on the stroke of half time with us committing 23 men forward. Auba got the winner midway through the second half. Remarkably we were wearing our pistachio kit – not sure if that was our first and only win in that kit in the Premier League? 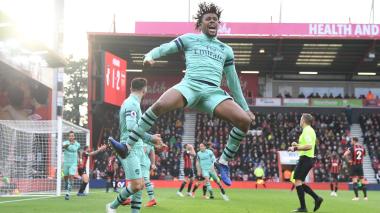 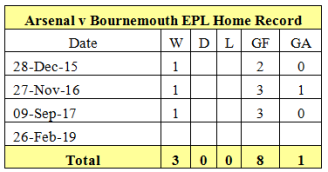 We have a 100% home record against Bournemouth and I feel that, regardless of our squeaky defence, our attacking strength will be too much for them.

This entry was posted on Tuesday, February 26th, 2019 at 7:21 am and is filed under Uncategorized. You can follow any responses to this entry through the RSS 2.0 feed. You can leave a response, or trackback from your own site.

80 Responses to Arsenal FC – Our home record against Bournemouth