Who would you pick in Arsenal’s midfield three? – Poll

Time for a poll.

This post has been prompted by various discussions on the site with bloggers stating various individual preferences for our midfield line-up – Guendouzi, Mo Elneny, Xhaka in a double pivot or even Ainsley M-N as a box-to-boxer are among the choices/favourites.

For the purposes of today’s poll let’s assume Unai is playing 4 at the back with his first choice players available. Also assume we have three up front, perhaps in a 2 wide and 1 centre forward formation or alternatively a number 10 behind a striking duo.

Here are the runners and riders for a place in that middle three listed in the order they appear on AFC.com (let’s include Alex Iwobi even though he’s down as a striker).

An excellent squad player and perhaps a touch underrated, though rarely gets picked as a first choice starter. Why? 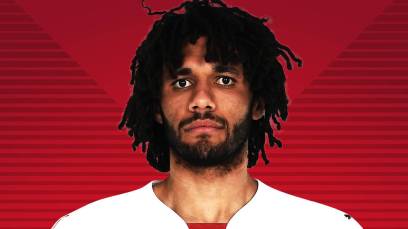 Often used as part of the front three on the right side to provide some width. Could he be better employed just in front of two DMs?

Perhaps his best position (well according to his new Juve boss) is just behind a front two and it’s difficult to deny that proposition. Could he still be used in the middle three? When tried before, his natural tendency to be looking to make bursts forward into the box has sometimes left us exposed in midfield.

Another whose best position appears to be just behind the striker(s) in a front three. Then again, he often plays wherever he feels he can do the most damage which might be the cause of his contretemps with Señor Emery.

When he first came to the Club and was being gently eased in as a sub, it seemed he was being used as the central DM sweeping across the width of the back four. Now he seems to be established on the right side. Where’s his best posititon?

Celebrating his goal against the spuds

Mr Versatile means that we’re not sure which is his favoured spot in the team. Could he play in front of a double DM formation where his youth, energy and calmness might be perfect weapons for the position?

It’s a bit early in Denis’s Arsenal career to know where he might end up in the team. Does anyone have more of an idea they could share?

Still 19, he can’t have imagined he’d play so many games for The Gunners in his first season. Not a natural DM perhaps, but another with a great engine. Maybe he’s also suffered playing in a team which is low on confidence sometimes and others look to him to provide a creative spark.

A marmite player if ever there was one. Usually picked by whatever manager he plays for, so he must be doing something right.  Should Granit get an automatic starting berth?

Another player maybe best suited to a front three position. Has he got the discipline to stay central? Or would he be wasted further back where his dribbling skills might be less useful?

Perhaps one of the Academy lads might be given the opportunity to step up. Smith Rowe and Nelson are on loan, but Joe Willock, in addition to his 2 goals at Blackpool in the FA Cup 3rd round, has had a fine season up to now for Freddie’s u23s .  Robbie Burton and Charlie Gilmour are also getting decent reviews and are names to look out for in the future perhaps.

Now for the poll. Choose the three you would prefer in your midfield three.

They could be in a 1-2 formation, a 2-1 (double pivot 🙂 ) or any other variation you can think of.  Specify your preference in the comments below.

This entry was posted on Tuesday, February 19th, 2019 at 7:39 am and is filed under Uncategorized. You can follow any responses to this entry through the RSS 2.0 feed. You can leave a response, or trackback from your own site.

34 Responses to Who would you pick in Arsenal’s midfield three? – Poll