Rumours abound that Mesut hasn’t travelled which, considering he was announced as back in full training and appeared in a photo of Wednesday morning’s training (below), are quite frankly, ludicrous. Is it some sort of bizarre Mexican standoff – who blinks first, Emery or Ozil?  Quite ridiculous. 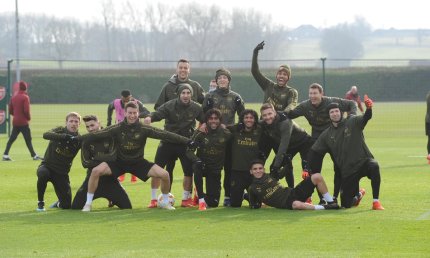 Ramsey has a slight problem with his knee also, so misses out ( 🙂 ) – probably aggravated when he sunk to his knees celebrating the signing of his gigantic pre-contract agreement with Juve.

Granit has travelled, as has Auba, whereas the only youngster in the squad appears to be Eddie.

It’s difficult to imagine the Borisov arena, jammed to the rafters with 13,000 people, being too intimidating an atmosphere. There’ll be no goat-slaughtering in the centre circle or ‘Welcome to Hell’ banners but, then again, if the home team score first, we’ll need to keep faith in the team’s mental strength.

A good result in Belarus will make next week’s return at the Emirates all the easier. We have no game in between as it’s FA Cup weekend, so there isn’t really any reason not to play a strong team.

Having said that, it might still be prudent to leave Auba on the bench wrapped up in his sleeping bag as he was poorly last week. The team functions better with two more versatile wide attackers anyway. Perhaps Denis Suarez might get a full starting debut, though Micki and Alex Iwobi will also want to start after their minor successes against Huddersfield.

The defence looks so much stronger with Kos as the first name on the teamsheet.  with Kola and Ainsley as wingbacks – why not?

In midfield why not have Xhaka and Torreira as the double pivot and allow Curly a role further forward to allow more interchange with Iwobi/Micki/Suarez (perm 2 from 3).

The Bate Borisov manager is Alyaksey Baha. He has worked his way up the coaching ranks at the club since 2011, finally becoming head coach in June 2018. 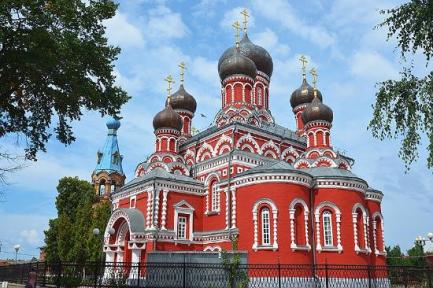 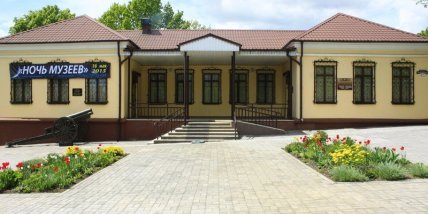 State museum complete with a Napoleonic cannon outside

Winning the Europa Cup still seems our most likely route to next season’s  Champions League but winning a cup competition always needs a fair amount of good fortune.

Still, if we can’t get through the Round of 32, we certainly don’t deserve CL qualification by the backdoor.

chas (BR is on manoeuvres)

This entry was posted on Thursday, February 14th, 2019 at 7:19 am and is filed under Uncategorized. You can follow any responses to this entry through the RSS 2.0 feed. You can leave a response, or trackback from your own site.

80 Responses to Bate Borisov – In Brief