No Auba or Mesut due to illness and no Rambo with a slight knee.

Plenty of chances against the bottom team: Laca tackled just as he was about to pull the trigger; Wobbly into the side netting when he should have got his head up.

After a quarter of an hour, a fine cross from Wardrobe allowed Wobbly to expertly cannon a volley off a Huddersfield heel to wrongfoot the keeper and put us one up. 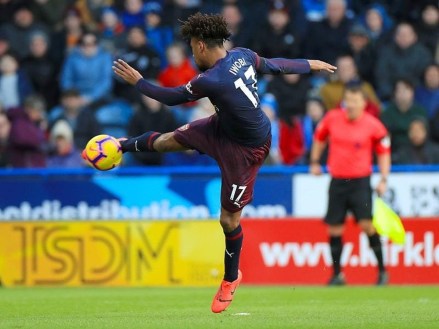 Looking dangerous on the break, we eventually doubled the lead when a driven cross from Maitland-Niles was simply despatched by Lacazette.

Huddersfield huffed and puffed nut were kept at arm’s length. Micki was very good on his return, finding space and using the ball intelligently. Wobbly was also having one of his better games where he looked really dangerous going forward.

It’s difficult to say that the second half was comfortable watching.

Aside from a 10 minute spell where we should have got that crucial third goal, It seemed to be a case of holding what we’d got. Huddersfield’s lack of a cutting edge was partly responsible for us looking as though we might keep a clean sheet away from home. Leno did well but bottom of the table finishing was partly responsible for us not conceding earlier in that second period. 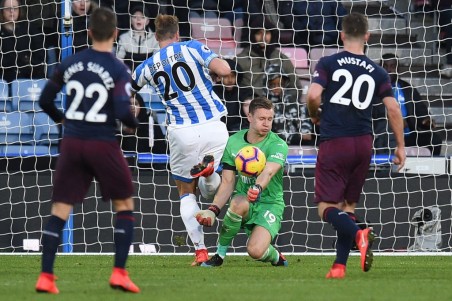 Wardrobe felt sorry for the Terriers in injury time and casually passed into his own net to send the home fans into raptures – their first goal since Adam were a lad.

Three points against the bottom team away from home with a team hit with injuries You can’t really ask for more. Or can you? The gulf in class should have been stamped, double-stamped and triple-stamped. Curiously, the balance of the side was much better in the first half than of recent games.

I didn’t really understand Arsenal’s second half. If Huddersfield had managed to get one back early in the second half would we have just gone up a gear to score a third? I have my doubts.

Maybe the nerves kicked in after such a poor run previously? Maybe the half time team talk was to just try to shut up shop, let the opposition have as much possession as they wished and stay solid?

Either way, it was pretty unconvincing viewing.

Leno – great save early in the second, relatively untroubled by a castrated opponent’s forward line … 7

Mustafi – a liability yet again, some of his passing and decision-making is just shocking … 4

Koscielny – Back in control, definitely one of the classiest players on the pitch – his instant forward pass to Wobbly in the build up to the second goal was excellent … 8

Maitland-Niles – another ‘chillum in the pocket’ performance, sometimes composed and graceful on the ball, others completely lacking in urgency and nous. You would have thought he would be grabbing the chance to cement a first team spot with both hands and with the utmost eagerness, instead he’s often lackadaisical which is perplexing. Extra point for an assist … 6

Kolasinac – an assist also and he played to his strengths – calves, thighs, shoulders, biceps – shame defending isn’t really his bag … 6

Torreira – Good in the first half, presumably subbed off with a knock? … 6

Guendouzi – I’m still not sure Matteo is a defensive midfielder, but he is still only 19 so maybe even he doesn’t know … 6

Iwobi – dangerous to any defence and to any supporter’s blood pressure. Can be outstanding and then infuriating in the space of ten seconds. Great first half when he looked dangerous. Kept his goal volley down which gains him an extra point … 7

Mkhitaryan – another who had a good first half – lovely to see him breaking the lines, finding space and looking so composed with the ball at his feet – a fine return from injury before understandably fading … 7

Lacazette – I’m sensing a little Wrighty-edge to Laca’s play which I really like, his goal was on a plate but taken with aplomb – love that aggression … 7

Suarez –  on for Micki, didn’t really have a chance to shine again … 6

Emery – got the job done which is what we ask of him. I liked the team structure far more than in recent weeks – what did he say at half time though? … 7

Wagner – even he can’t keep them from the drop … 4

Moss – oozing both incompetence and lard from every pore … 2

This entry was posted on Sunday, February 10th, 2019 at 6:47 am and is filed under Uncategorized. You can follow any responses to this entry through the RSS 2.0 feed. You can leave a response, or trackback from your own site.