Thanks, Petr, good luck in the future

So, Petr Cech has announced he will retire at the end of the season. He could still have a big part to play in our season depending on Leno’s fitness.

There are some parallels between Petr’s switch from the dark side and our former keeper Pat Jennings’ move from the bowels of N17 down to the sunnier end of the Seven Sisters Road.

Cech won 4 League titles, 4 FA Cups and 1 a-piece of the CL and Europa cups with the chavs when Abramovich’s money was all conquering in the country. As a credit to him as a man, no Arsenal supporter has ever really held this against him.

In the same way that Jennings was universally respected, Petr Cech oozes decency and a certain statesman-like presence which commands admiring regard both in other players and in supporters alike.

In his early career Petr is reported to have played as a striker before switching to keeper. Perhaps his skills on the deck weren’t quite up to scratch. 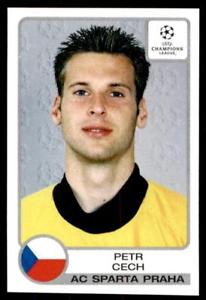 Moving from  FK Chmel Blšany to Sparta Prague in 2001, Petr soon came to the notice of many clubs abroad including The Arsenal. In fact, he was really close to signing with the Gunners in 2002 but those pesky difficulties in obtaining work permits put the kibosh on the deal. Rennes in France were the beneficiaries and he played for two seasons in Ligue 1.

His career with Chelsea is well documented and, although the trophies won while he was there were all bought with oligarch’s money, he made a massive contribution to the chavs having a defence with an exceptional record. He made 3 penalty saves in the CL final in 2012 (2 in the shootout) and was voted fans’ MOTM.

Petr’s head injury was sustained in October 2006 after a collision with Stephen Hunt’s knee. The resulting depressed skull fracture left him needing to wear the goalkeeping helmet henceforth on the pitch.

Signing for Arsenal in the summer of 2015, Petr’s career took an upturn. No longer having to smear Vic’s vaporub on his top lip to be able to stand the smell of being in the same dressing room as Terry, Ivanovic and Cole etc, must have been a blessed relief to the Czech glove butler. His career sailed to new heights culminating in the FA Cup triumph over his old muckers in the 2017 Final. Although sidelined with injury for that Final, he had played in the glorious semi-final win over Man City.

Thanks for the memories, Petr, you’ve always been a top bloke – it was just a shame you couldn’t have joined us in 2002 and become an Invincible. Still, your career turned out ok elsewhere, so I doubt it keeps you awake at night not having been part of such a momentous achievement.

Thanks again – what a great career you’ve had!

My favourite @PetrCech memory at Arsenal is: ______

Here's one we all enjoyed to start you off 😁 pic.twitter.com/ospAkQbEQf

This entry was posted on Wednesday, January 16th, 2019 at 6:58 am and is filed under Uncategorized. You can follow any responses to this entry through the RSS 2.0 feed. You can leave a response, or trackback from your own site.

35 Responses to Thanks, Petr, good luck in the future