What does November hold in store for Emery’s Arsenal?

So, after October ended in subdued fashion with a ‘bridge too far’ performance away at Selhurst and a workman-like win at home to Blackpool, November began with a bang with a really decent fireworks display against Klippety Klopp’s team. How good was it to see the new Arsenal stand toe-to-toe with one of the bookies’ Prem title favourites and not look outclassed?

Some ‘pundits’ were made to look exactly what they actually are – utter clowns.

What does the rest of November have in store for us – let’s take a look?

Next up it’s the return fixture with Sporting Lisbon, this time at The Home Of Football. (I’ve never quite understood why you always play one team twice in a row in the middle of group game fixtures – oh well). Danny’s well-taken strike in the Portuguese capital has put us completely in control of our own destiny in Group E. Another decent squad performance on 8th November and the last two fixtures could be used to give pitch time for more of the youngsters.

The Europa means back to Sunday fixtures and we entertain Wolves on 11th November at the curious kick off time of 4.30pm. The game isn’t being televised and only seems to be at 4.30pm so as not to clash with the manc derby which also kicks off then. There’s no thought for travelling supporters yet again – what a surprise!

Let’s hope for a good performance against the Wanderers as it needs to carry us through yet another Dennis-forsaken interlull which begins immediately after.

Real life begins again on Sunday 25th November at 1.30pm with a televised game away at high flying Bournemouth. They will be licking their wounds and coming out fighting after being unluckily beaten at home by Mourinho’s mob this weekend. This will be another great test of Unai’s red and white machine. Anything like the performance at Palace and we could be punished.

The final game for the month is another away fixture in the Europa. FC Vorskla and a long  trip to the Ukraine. Hopefully we’ll have the group wrapped up by then and be able to rest some of the first Xl because December begins in rather tasty fashion – more of that at a later date. 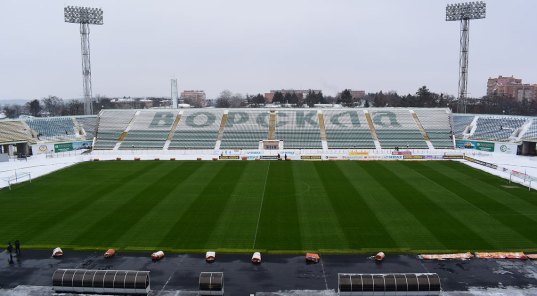 To summarise, 3 home games in a week at the start of the month and 2 away games near to its end, separated by some tedious, pocket-lining fixtures for the game’s international governing bodies. (England are at home to the USA in a friendly and Croatia in the Uefa Nations League, if you’re even vaguely interested)

This entry was posted on Monday, November 5th, 2018 at 7:34 am and is filed under Uncategorized. You can follow any responses to this entry through the RSS 2.0 feed. You can leave a response, or trackback from your own site.

28 Responses to What does November hold in store for Emery’s Arsenal?