Another game, another clean sheet, eight wins on the trot; ouch, it is going to hurt when we fall. Or maybe we won’t?

In trying to understand the team selection, it struck me that much of what was going on had more to do with November the 3rd than with a second tier team from Azerbaijan. As the more astute would have realised, we play Liverpool on that day and as much as we should win our two games before, we all know that will be our next real test.

And how does this all link into last night’s win? Answer – the choice of defence. Emery set the team up for the best part of the first half with five at the back:

Yes, Lichtsteiner and Kolasinac got forward as demonstrated by the first goal but they spent the best part of the first half in the above formation, which against a team of lowly calibre, was belt and braces and unnecessary in my opinion. 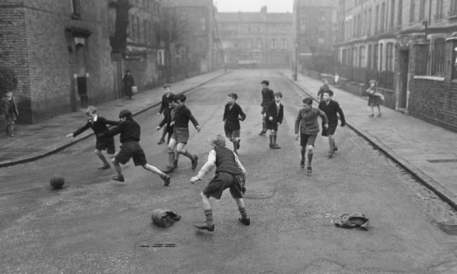 Anyway it is just a hunch but if Kolasinac and Monreal start against Liverpool, I can say I was right. Bellerin will obviously replace Lichsteiner.

Once Emery had had a chance to air this experiment, Torriera replaced Monreal at half time and everything calmed down in the way it should have been from the start. I say that as though I know how he does it, but as close as I look, I still don’t understand how the Uruguayan effortlessly seems to be able to have such a huge influence on every game he plays in.

The rest of the team selection was clear that it was designed to give more of the squad a run out. The Guendouzi/Elneny combo is obvious as is Welbeck, Smith-Rowe (Lab) and Iwobi. 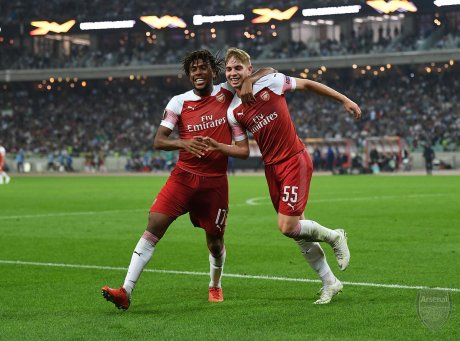 So enough of that tactics drivel, let’s get onto the serious stuff: Red Shorts? What is that about? The opposition were wearing black shorts so I see no good reason why we should not have been wearing the normal time honoured white shorts. Pink sleeves? Don’t get me started.

It turned out to be a pretty comfortable win, with probably the three players on the pitch that we would most have wanted to have scored the goals, (all in the knowledge that each one of them would benefit confidence-wise from doing so), and so they did.

Leno: what a fine goal keeper we have and seamlessly slotting in? Some more great saves…. 8

Lichsteiner: an excellent stand in and proof that the powers that be in the club’s new buying system are working very well, naturally that also applies to Leno…. 7

Holding: why did we loan Chambers to Fulham? Don’t know and don’t care…. 7

Sokratis: it is going to be fascinating to see if Emery sticks with these two on Sunday — he should, they are far from perfect but it made a nice change not to have mop up Mustafi’s usual clangers…. 7

Monreal: Nacho is the most improved player of the squad; he has become authoritative, something that I would never have thought last season; he is clearly benefitting from clearer instruction, the language must help. He tucked in well last tonight as he usually does…. 8

Kolasinac: I loved the way he bulldozed down the wing early on in the game, pushing his opposing defender away like a skittle, pretty good game really…. 7

Guendouzi: getting better and better and now adding goals, it looks like he has a long future at the club…. 8

Elneny: things are moving on and Mo does not seem to be able to keep up, did ok last night but can’t see him being around for too much longer…. 6

Smith Rowe (Lab): the goal obviously did his confidence the world of good, it struck me that he is a striker rather than a midfielder, interesting to see how this one develops…. 7

Iwobi: last season Alex had plateaued; he was going nowhere fast, it is testament to Emery’s man management that he has been given new drive, direction and self belief. I am not sure where it will all end up but at least it is going somewhere…. 8

Welbeck: Danny, Danny, you know I am a fan but you have got to take those chances that come your way…. 6

This entry was posted on Friday, October 5th, 2018 at 12:05 am and is filed under Uncategorized. You can follow any responses to this entry through the RSS 2.0 feed. Both comments and pings are currently closed.