Things we Learnt from the weekend

When Lucas Torreira was bought from Sampdoria, a clause was inserted in the sale agreement which would trigger large additional payments if he started a League game before Christmas.

Auba doesn’t appear to like his left wing duties and didn’t look best pleased when substituted. 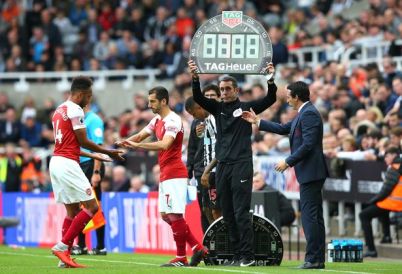 No-one really knows what happened at half-time at St James’ Park. Torreira came on as sub for Guendouzi, but that still doesn’t explain how virtually every other player came out of the tunnel with a spring in their step, at least two yards quicker and with a desire to actually play some football.

The Ramsey/Ozil conundrum becomes more complex, unbalancing the side with both vying for the same free role.

Sokratis, while not quite in the Usain Bolt category, has not been taking sprinting lessons from the BFG. Catching and dispossessing  Newcastle’s speedy youngster, Murphy, was no mean feat for our Kalamata Colossus.

Our next League opponents, Everton, were finally beaten having drawn three and won one of their opening four games. The hammers rode their luck and took chances to make West Ham Bob’s weekend. Jack is back in the sick bay with an ankle knock.

Liverpool and Citeh look strong but the chavs have somehow managed to keep pace by hook or by crook. Burnley are in an early season swamp, as are Newcastle.

The analysis around the spuds defeat centred around Pochettino having a bad game. Is he getting homesick and looking at Spanish weather forecasts with an envious eye? Let’s hope so. 🙂 (yep, I realise he’s Argentinian – his birthplace is called Murphy!)

This entry was posted on Monday, September 17th, 2018 at 8:27 am and is filed under Uncategorized. You can follow any responses to this entry through the RSS 2.0 feed. You can leave a response, or trackback from your own site.

21 Responses to Things we Learnt from the weekend