Before I lay into Stoke can I bring your attention to a peculiar decision by another relegation threatened side? Southampton. I like the Saints; proper club, good history,  some wonderful ex-players (Le Tis, Channon, Shearer, Theo, Ox, Lallana, Monkey-Boy Bale etc etc) and generally well run. But who in their right mind looks at the league table and then appoints a manager who has taken a relegation rival into the mire? S’ton deserve to be relegated for making the deeply repugnant Hughes their manager.

But more deserving of the Drop of Shame are today’s opponents. A bigger shower of shite does not exist outside of Tottenham.

Pulis, Hughes, Lambert – has there ever been a worse trio of anti-football coaches in any club’s history? Apparently, Hughes wanted to improve the standard of football played by The Orcs which resulted in his sacking. Says it all.

And then there are their players. Huth, Shawcross, Adam, Ireland. Thugs. It must be said that intermingled with these hatchet men are some quality players, Shaqiri, Affelay, Zouma, Bruno Martins and Butland (why didn’t we sign him?).

It is no surprise that in a league where the skill levels have risen over the past few seasons that Stoke’s reliance on fighting football has resulted in possible relegation. Stole’s main hope for salvation will be that there are some equally poor teams around them. 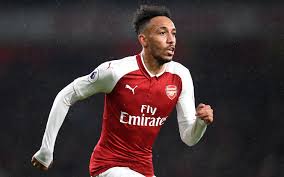 Does Mr Wenger rest players ahead of the Europa game on Thursday? Is it more important for the players to be amtch fit and confident, assuming we win and no-one gets hurt, or give Ozil, Ramsey etc more rest?

I would play our strongest team but rest Koscielny, giving both Wilshire and Lacazette 30 minutes as sub.

Perhaps Iwobi for Kolasinac but I think we need some muscle in midfield and Alex played for Nigeria in the Interlull. PEA will be looking to add to his already decent scoring record.

We got stuffed by a referee at Stoke, Lacazette was not offside and perhaps his season and ours would have panned out very differently if that goal had stood.

Just 2 points ahead of Burnley in 7th (really hurts to write that!). A win is important.

This entry was posted on Sunday, April 1st, 2018 at 9:30 am and is filed under Uncategorized. You can follow any responses to this entry through the RSS 2.0 feed. You can leave a response, or trackback from your own site.