What Does it Take to Win the League?

If you are averse to statistics and spread sheets then you should stop reading.

Manchester United have been the dominant team with 13 Championships, but that dominance has now slipped and they have not won in the last 4 seasons which is the longest period without them being champions. 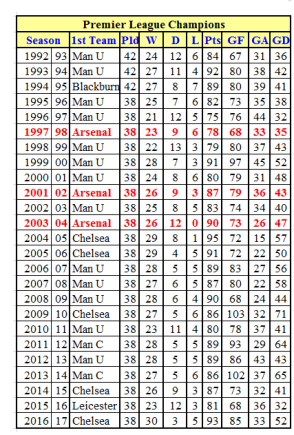 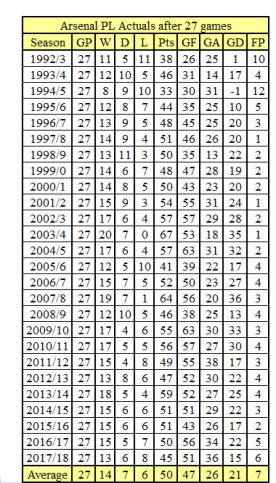 Manchester City is in the midst of creating a new and vastly improved set of standards for the Premier League and it shows just how high a hill we have to climb!

This entry was posted on Tuesday, February 13th, 2018 at 9:04 am and is filed under Uncategorized. You can follow any responses to this entry through the RSS 2.0 feed. You can leave a response, or trackback from your own site.

63 Responses to What Does it Take to Win the League?