Over the years of AA we (or should I say “I”) are often accused of being “obsessed” by Spurs. Is it true?

Firstly, I was born in North London, equidistant from AFC and THFC. Most of my friends were Spurs, my father was Spurs, thankfully my Uncles had more sense, though one had a season ticket at Chelsea 😦

Before girls and music football was everything, break time at school, after school, all weekend we played or talked about football. It was always Arsenal vs Spurs in the park, playground, wherever. It mattered and it mattered big time. Was I obsessed – certainly. We all were.

I expect this is different for those born away from North London but it seems the principle remains; it is almost impossible to love Arsenal and have anything but begrudging respect for Spurs.

Let me ask you this, which is the first result you look for after Arsenal’s? For a select and deluded few, it will be United, perhaps Chelsea, but for the vast majority it is Spurs. If we lose the only thing which eases the pain is if Spurs lose. It has been so for as long as I remember.

If you happen to support Spurs and read this Arsenal blog, tell me it is not the same in reverse for you?

Just think back to when we won the League at White Hart Lane in 2004, Spurs fans celebrated as Keane scored a dodgy penalty to get a draw. It was more important than the realisation that we had become Champions at their ground (for the second time :_D )

For 20 years there was little rivalry thanks to the descent of the Lillywhites into mediocrity, this was good and bad because IMO we need a NL challenge to enliven the season. Their temporary improvement also brings another team into the fight for a Top 4 place. 75 points may no longer be enough.

IMO we are very interested in Spurs, they are our noisy neighbours, it has been thus for  almost 100 years. Obsessed … No. 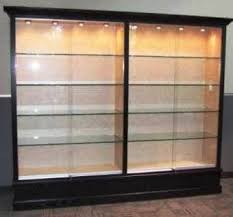 This entry was posted on Friday, November 17th, 2017 at 9:46 am and is filed under Uncategorized. You can follow any responses to this entry through the RSS 2.0 feed. You can leave a response, or trackback from your own site.

78 Responses to Spurs. An Obsession?