If only …. If only we hadn’t lost at Stoke, had taken more risks against United, been braver at home to Chelsea, been luckier with the bounce of the ball home to City, not hit the woodwork vs Everton etc etc it would be us as Champions elect.  Instead it is Liverpool who watch their challengers fall away.

Mourinho blames the referees association for his clubs inability to win the title, could there be any truth in his childish peeve? Synchronicity, coming as it did on the same day Arnie wrote a post about anti-Arsenal bias!

Sunderland’s superb week highlights the uncertainty I love about football. No-one, not even the most rabid Sunderland fan (and many are rabid) could have predicted their results.

My problem is that I love it when teams given little chance to win do so against very strong opposition – except – when they win against us 😀 Which, in a very roundabout way, brings us to this afternoon; I would not be surprised to see Hull scramble their way to an undeserved 3 points against The Arsenal, the team who represent all that is good and just in the world.

Oh, shape up Raddy – there is nothing to fear but fear itself (unless you are facing an angry grisly bear).

Hull are a mediocre side who have had an outstanding season punching well above their weight. Arsenal are the team who can ruin all their fine work. Two victories over Hull are essential to bring our season to a successful conclusion. 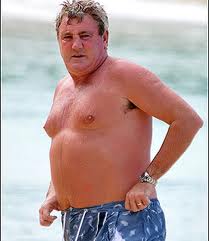 Enjoying the Fish Suppers at Hull

One has to be impressed with Steve Bruce’s work so far. Taking them up from the Championship and then establishing Hull as a PL side is fine work. And acting as mediator when the club has an “unusual” owner. How would you like it if Usmanov took over and wanted to re-name us The Arsenal Rockets”?

No need to write about the Hull team – 2 reasons – firstly, it is all in the media and secondly, I only know about a few of their players! The import of Jelavic and Long was inspired but once again raises the question about loan signings (more on that another day).

Are there any positive portents ahead of this game?

Well, the return of Ozil is huge. The return of Ramsey even bigger. The return of Flamini less so.  Podolski’s two goals on Tuesday should guarantee him a start but who gets dropped for Ozil and will Ramsey be allowed to play again so soon after a long term injury? 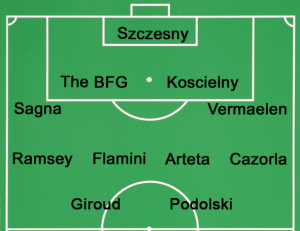 I know – no Ozil, but I would prefer to ease him back and give the young chap 30 minutes to bamboozle a tired Hull defence.

Kelsey has asked whether Cazorla and Ozil can play in the same team; I have similar concerns. And where can we fit Rosicky into this team? Or Jack and Theo?

I expect a difficult game but one which we can win. With Everton playing at home to a United team fighting for a Euro Cup place we have the chance to gain a significant advantage.

This entry was posted on Sunday, April 20th, 2014 at 9:59 am and is filed under Uncategorized. You can follow any responses to this entry through the RSS 2.0 feed. You can leave a response, or trackback from your own site.

147 Responses to The Arsenal “Rockets”?