Can Arsenal continue their fine run since that dark day somewhere in N17? 7 games unbeaten, 17 points. Since January, 11 played. Won 8 D2 L1. 26 points from 33 – that is League winning consistency and very different from the norm.

Different opinions abound about today’s game. Either it is good or bad to play a team already relegated. Will QPR play without restraint and freedom given they have no pressure? Will their players look to cement contracts or put on good performances in order to find a buyer? Or will they just have a dose of the Sod it’s and stroll through the afternoon? My guess is that this will be a tough game for Arsenal.

Those who have read my posts will know my opinion of Mr Redknapp.  I like QPR but when they took on this miscreant I looked forward greatly to watching him twitch his way to an ignominious end of the season. And this is why  ….. First off, Redknapp is ugly. Second, he has delusions of grandeur and a bizarre belief in his ability. Third, he destroys clubs. Fourth, he is a Spud. Fifth, he is a crook (allegedly). Sixth, he is as thick as a very thick person. Seventh, His son is a tool. Eighth, he thinks he is amusing and definitely not a wheeler-dealer. Ninth, his style of football is awful and based upon hard work and the love of a big man (Crouch). Tenth, he is a Spud and as such hates Arsenal. I could continue but you get the drift …… 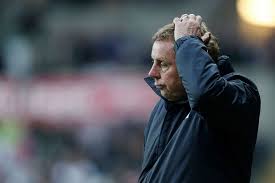 Harry would never allow his team to lay down to Arsenal. Never. And QPR have some decent players – a fine GK, a quality CF, some battlers in midfield (Jenas loves a goal against us), Traore at FB and Bobby Zamora returns upfront.

For a tactical view of the game, may I recommend 7am Kickoff?

As always how Arsenal play this afternoon is tantamount; no fear, attack from the first, get an early goal and consolidate, stay tight at the back and organise at set-pieces, don’t make stupid individual errors and work hard. Simple really (can I have a job please, Mr Gazidis?)

We have almost a full squad to pick from. The loss of OG continues to highlight Mr Wenger’s curious decision to go into the season with just one Centre Forward. Doesn’t he recall the dark days of playing Arshavin at CF? We have to find someone in summer. But who knows – maybe Nik Bendtner will come back and fulfill his potential (as if!!).

I would love to see Ox start but it just ain’t gonna happen. Perhaps Wilshire will start ahead of Ramsey but Aaron has been great these past few weeks and so I expect JW to get 30 mins alongside Ox or Gerv. Monreal is back in the squad and could get some pitch time if we are well ahead on 70 mins.

Today’s English Explorer: Verney Lovett Cameron (1844-1894). Superb name and the full facial set. What more can we ask on this fine sunny Saturday afternoon? Vern’s continent was Africa. At a time when the English were wandering all over Africa discovering stuff, Vern was just walking, and walking distances.

Starting as an assistant to David Livingstone, Lovett made his first independent mission to Lake Tanganika where he followed the Congo-Zambezi watershed. This took him to the coast and Cameron thus became the first European to cross Africa from sea to sea (or is it ocean to ocean?). He later joined Richard Burton (one of our previous explorers) on an expedition through West Africa 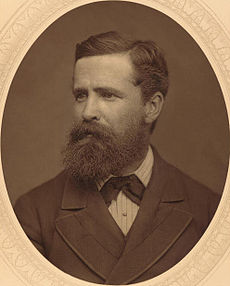 Verney has a touch of the Aaron Ramsey about him, don’t you think?

Verney Cameron died falling off a horse in Leighton Buzzard, which, as we all know, is a treacherous and dangerous place. He was just 50 y.o.

Another vital 3 points on offer today. We are doing well and under normal circumstances should expect a victory today but as we know there is many a slip twix’t cup and lips.

p.s. Did I mention how happy I am that “Arry is Championship bound?

This entry was posted on Saturday, May 4th, 2013 at 10:00 am and is filed under Uncategorized. You can follow any responses to this entry through the RSS 2.0 feed. You can leave a response, or trackback from your own site.