Time For Tommy’s Gunners To Come Out Fighting

Can you recall a time when Arsenal went into a home game with their fans being so prepared for a defeat? I understand the pessimism given the ups and downs of the season but firmly believe this Arsenal team has the qualities to win tonight.

What do Arsenal need to do? 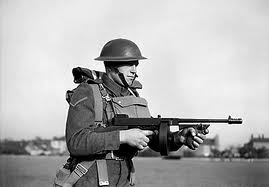 Well, to begin with the defence has to cut out the stupid mistakes. The goalkeeper needs to be on his toes as Bayern have two of the world’s best wingers. Our lack of a left-back will surely be highlighted by Heynkes – BM are so good that Robben is a bench player

BM have conceded just 7 goals (and scored 55) in the League this season. Unbeaten in 18. Not conceded a goal since early December. 18 (?) points ahead in the Bundesliga.

Sod it ….. if I am extol the virtues of this Bayern team we will be here all day. Take it as read that they are a fantastic team and none of our team would get in theirs (perhaps Wilshire), but so what? It is 11 vs 11. We got beaten by Bradford and B’burn which proves that the better team does not always win. 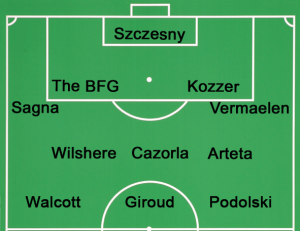 Some great battles tonight especially in midfield. There is also the Lahm vs Theo or Podolski match-up. Big Raddy is excited.

So we need a proper hero to get us in the mood. Step forward Sir Francis Drake (1540-1597). Now we don’t get much more heroic than this fellow, a chap who beat the odds on so many occasions. His favourite opposition was the Spanish whom he developed a deep hatred for after two of his ships were sunk by them (the ships were carrying slaves from Africa to West Indies). Drake was the first Englishman to circumnavigate the globe in his ship The Golden Hind. He was the first Englishman to cross the Straits of Magellan going on to explore the West Coast of North America, landing in Marin County and claiming California for Queen Elisabeth I. On his return journey he travelled all the way up the East Coast of both Americas. He returned to England a hero and was knighted by Queen Liz I.

Made Vice Admiral of the fleet as war with Spain broke out Drake,  Drake took his few ships and attacked Cadiz sinking 30 Spanish ships. Then came that famous night when the Spanish Armada came across the channel to be given a sound thrashing by Drake’s much smaller fleet (imagine Barcelona v Barnet). proving that teamwork and tactics can overcome stronger opposition.

Having won the war, Drake returned to business plundering Spanish shipping in the Caribbean. Sadly, Franny got dysentery and died near Panama. He was buried at sea at the age of  57.

King Philip of Spain once offered €4m for his head. With a personal fortune estimated at (in current terms) €125m  – all stolen from the Spanish, – Sir Francis is No.2 in the Forbes All-Time Top Earning Pirates 🙂   He is also A National Hero.

We are at home, we have not lost in 5 games with a first choice starting 11. We have only one injury. We have two Germans, we have a brilliant Spaniard, we have the hottest Englishmen in the PL, we have a dreamy CF. We are in The Last Chance Saloon.

This entry was posted on Tuesday, February 19th, 2013 at 9:20 am and is filed under Uncategorized. You can follow any responses to this entry through the RSS 2.0 feed. You can leave a response, or trackback from your own site.