Who would have though Swansea at home would be approached with some trepidation?  Not me and I guess not you either.

Have we cause for concern? Swansea play attacking football and at their own ground can be formidable, as we found out last season (3-2 loss). The bookies make us 4/9 favorites, so they think we will win but Swansea are on a fine run – just one loss in 9 games and they have just beaten WBA, no mean feat.

Cyberspace has been full of irate Gooners wanting “their Arsenal back” over the past week, a protest which will continue today with the BS March. Good luck to them if their protest results in a change of attitude at Board level but I fear the management will turn a deaf ear. Think Leveson Inquiry and David Cameron. There is no profit in change and until there is nothing will happen. 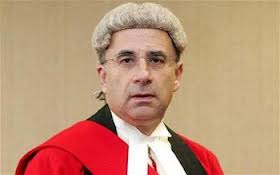 It should be an exciting game this afternoon; two teams committed to attack. A Swansea side with Michu, Routlege, Hernandez and Dyer to test our defence and Theo etc enjoying the open spaces of the Emirates. Swansea are unlikely to parcio ar y bws (I once had a welsh wife). Thankfully Hernandez is injured – he has been in excellent form. Michu has scored 9 already this season. Dyer at 24 has finally grown up and looks dangerous; with the need for a new winger looming AW may be tempted.

Much is made on these shores of Michael Laudrup, he is football royalty. Alongside Schmeichel he is consider the best Danish footballer ever, and it should be recalled that in 2000 Spanish fans voted him the best foreigner ever to play in Spain which is some compliment . He has made a good start at Swansea, but  a brilliant footballer does not always make a brilliant manager (Bobby’s Charlton & Moore, Maradona, Pele, Gazza! etc). Time will tell but Micky has Laudrup as the next AFC manager and from a purely personal viewpoint I would be very happy with that (every AFC game would be shown here). 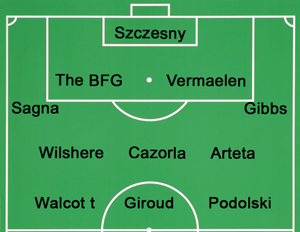 My hope is that we go allout from the kick-off. If we play well for the first 20 and the final 20 we will win. The away tactic of playing Ramsey gives no assistance to Giroud, we need width to exploit his talents. No Ox in this lineup – perhaps AW will start him in place of Wilshere as JW started at Goodison.

I could bore you with stats and tactics and permutations but there are others who do it so much better.

Our unbeaten run has coincided with the stories of derring-do from English Explorer’s. Coincidence? I think not…… Today’s chap is Joseph Dalton Hooker (1817-1911) Dalton was a botanist and explorer. Charles Darwin’s best friend and Director of Kew Gardens. Places he explored are many – Antarctica, the Himalayas, Australia, India, Tibet, Palestine, Morocco, the Western USA, the list is extensive but then he did live a long time. An exceptional man in an era of brave,  remarkable men and a man who enjoyed the full benefits of extensive facial hair! 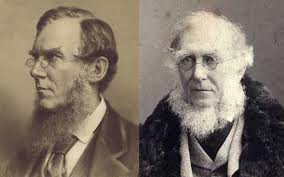 A Lifelong Commitment to Facial Fuzz

This is a tough game and a severe test of our aspirations, a win will set us up for a Merry Xmas.. Come on Arsenal win it for SlimGingerGooner who today will enjoy his first trip to The Home of Football.

This entry was posted on Saturday, December 1st, 2012 at 10:16 am and is filed under Uncategorized. You can follow any responses to this entry through the RSS 2.0 feed. You can leave a response, or trackback from your own site.