Wilshere to start on Saturday and International Report

Will he or won’t he? Of course he won’t. There is as much chance of Wilshere starting as there is of Spurs winning the PL in my lifetime (or yours). I do not understand the calls for Jack – too often have we seen the results of bringing a player back too early. My guess is that JW is in Mr Wenger’s face every day desperate to get on the pitch; his career has been in park mode when he should have been establishing himself as the best player of his generation. It remains to be seen what effect his year put will have on his development. 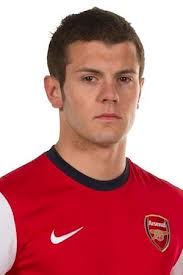 Is Jack the “Real Deal”? This is another question entirely. The press and fans always hype up a player and the level of Jack-hype is ridiculous. There was talk of inclusion into the England squad before he has played for Arsenal !!

Jack may be a Dad but he is still a little boy.

As to the Internationals. Last night saw differing fortunes for our lads. A ying and yang game for Per Mertesacker who played the whole game for Germany, scored a volley and then was central to his side conceding 4 goals. The BBC laid the blame for Sweden’s last at the feet (or head) of Per, but as usual it was lazy journalism.

Mr Giroud came on as sub for Benzema to score a lovely goal. On the pitch for just 10 minutes he was very active and involved. A Ribery cross was deftly guided (with some power) into the far corner of Casillas’s net. A good lesson for the Arsenal wide-men; put in a decent cross and Giroud with score. In my opinion, he could be the best attacking header of the ball we have seen since Alan Smith.

Gervinho had a troubled night in Senegal. From what I saw he had a very good game and played wide left. Senegal played a pressing game and The Swerve  was Ivory Coast’s main outlet. Sadly, the game ended badly after the Senegal fans rioted.

Ramsey’s Wales won and lost. The Ox is benched for tonight’s match in Poland. Podolski was a German sub. Cazorla came on as sub for Spain – some nice touches but not particularly influential. Koscielny gave a way a dreadful penalty which Fabregas missed.

As far as I can find out, no-one was injured though Theo will be out for at least 3 games.

This entry was posted on Wednesday, October 17th, 2012 at 9:33 am and is filed under Uncategorized. You can follow any responses to this entry through the RSS 2.0 feed. You can leave a response, or trackback from your own site.

122 Responses to Wilshere to start on Saturday and International Report