With England conceding two goals in quick succession Theo Walcott was finally given a chance to shine on a Major International Tournament stage.

Having been taken to 2006 World Cup and not played, then to feature heavily in 2010 qualification stages and not play, and then to feature again in these championships and again be overlooked when Hodgson’s pragmatic formation took shape it seemed yet again that Theo was destined for being unsuitable for the England team.

To be fair to the England managers I am not overly surprised, they don’t have the quality in the centre of midfield to pick out his runs, and they don’t have players with the ability to move up the field in numbers to support his blistering pace. So how can you use Theo to greatest effect? Well it turns out you just stick him on the pitch and let him sort It out for himself, and most importantly just let him play on his instincts. 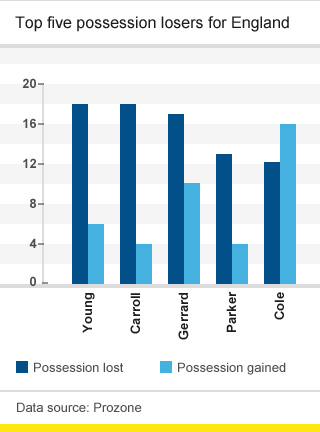 England had been poor in possession for the entire game, Stevie Me’s cross to Carroll the high point in an otherwise cumbersome England performance. The lack of ability to keep the ball without going back to the keeper and him hoofing it back to the halfway line and compete for another 50:50.

Theo was brought on to replace the poor Milner, and within minutes had set England level. None of us knew that Theo had that strike in him, as the ball dropped to the edge of the area Theo’s first touch was good, his second moved it to the right of on rushing defenders and his next sent the ball up and over the mass of players in the box and curving this way and that leaving the Swedish keeper totally befuddled. The look on his face suggested he didn’t quite know how he’d managed it. 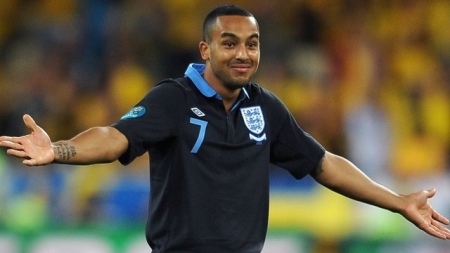 How did I do that?

Minutes later Theo gained possession around the Swedish area, this is what we know he is capable of, committing defenders and taking the ball to the byline, looking up he saw Wellbeck’s movement and delivering a ball that the latter finished as well as RvP has done all season.

Twice more Theo got himself in positions to exploit the space on Sweden’s right but first Stevie Me and the Andy Carroll ignored the passing option, Arsene would have gone crazy if one of his players had ignored the pass.

There was still time for Theo to put the afterburners on during an England break that saw him overtake Stevie Me to get on the end of a Parker pass, and then deliver a cross for the Ox but Stevie Me wanted to get on the scoresheet and blasted at the keeper.

All in all a good nights work for Theo, but I don’t expect him to feature in a starting line up anytime soon, he showed his defensive weakness on several occasions during his short display, and unfortunately that weakness will not be tolerated in Hodgson’s defensive minded setup. He will continue to be a super sub when necessary though, and then the knives will be out if he can’t produce what he did last night every time he is brought on.

One of our young gooners is taking part in the Race for Life on Sunday 17th June for Cancer Research. If you feel you would like to donate to this hard working charity please visit her giving page here http://www.raceforlifesponsorme.org/alicemonk Thank you.

This entry was posted on Saturday, June 16th, 2012 at 9:34 am and is filed under Uncategorized. You can follow any responses to this entry through the RSS 2.0 feed. You can leave a response, or trackback from your own site.