Cesc Would Have Stayed If…

So, in a piece of shocking news akin to “sun rises in east” or “John Terry proven to be total twunt”, it was finally confirmed that Cesc Fabregas is leaving us to join his DNA soulmates in Barcelona. 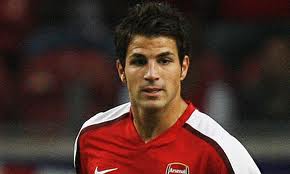 I could echo Shakespeare and say I come here to praise Cesc, not to bury him. But there has been no shortage of teary-eyed eulogies around the Arsenal blogosphere bidding farewell to our little Spaniard.

And there have also been many thoughtful (and some less thoughtful) analyses of what his likely departure will mean for the team, for our formation and for our prospects this year. Again, I’ll leave that to others.

What’s exercising my grey cells this morning is this:

Did it have to be this way?

If things had been done differently, might we now be looking forward to the sight of Cesc leading out the troops for a fresh Premier League and Champions League campaign?

Many reasons have been suggested for Cesc’s determination to leave Arsenal, including several that reflect badly on our club and its manager. The main theories seem to be as follows:

Cesc would have stayed if… 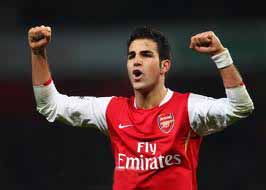 …the club had showed some real ambition in recent years by signing other big name stars to play alongside him.

…we had finished last season more competitively, perhaps coming second in the league and not falling down like a pair of Sammy Nelson’s shorts.

…the club had acted early and decisively in the transfer window this summer, thereby demonstrating to Cesc that we were going to put right the flaws that led to last season’s abysmal collapse.

…the club had at least gone out and signed a decent defender early in the transfer window. A solid, English giant of some kind. Ryan Shawcross anyone?

…we had re-signed Alex Hleb. It is well known that he of the mazy dribble to nowhere was Cesc’s best friend at the club after Senderos left. Bringing him back might have persuaded the Captain to stay one more year. 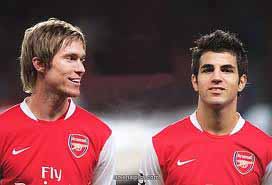 …the fans had not played their part in making the end of last season so ill-tempered. Cesc is one of the best players in the world – yet on a regular basis in March, April and May he found himself walking off the pitch to a chorus of boos. Even if they weren’t directed at him personally, how could he, as captain, not take them personally?

…we had won the Carling Cup. Regardless of what then happened in the Premier League, FA Cup and Champions League, we would have claimed our first silverware under Cesc’s captaincy and provided enough optimism to think that others would follow.

…we had won the league at least once in the last three years (or the Champions League).

…Barcelona had not spent the best part of two years deliberately unsettling him at every turn, eventually making his continued presence in North London untenable.

…Arsene Wenger had tried harder to keep him.

The funny thing is, I don’t think any of those theories are completely right. And most are dead wrong.

If we had invested huge sums of money two or three years ago into players that our business model could not sustain at that time, we might well have been more successful in winning trophies.

All that would have done is hasten Cesc’s departure. I believe that Cesc always intended to return to Barcelona one day – but that he really, really wanted to achieve success at Arsenal first. Had he won the league, say, two years ago, he would probably have left last summer.

So spending more money, buying more superstars, abandoning our careful advance towards financial sustainability would only have had the effect of speeding up the ‘Adios’ moment and might well have put us in bad financial straits. Admittedly, we might be feeling better about his departure with a few trophies gleaming in the cabinet, but he would still be gone.

There may be more of a case to make that a stronger finish to last season would have helped persuade Cesc to stay. If we had fought Man Utd all the way to the wire and forced them to win the league rather than us handing it to them on a plate with stupid defeats to inferior sides, maybe he would have felt that one more year would be enough to land the big prizes with Arsenal before heading South. Unfortunately I think that was the point he arrived at the previous summer, in 2010. That was when he decided to give it one last shot at winning things in our red and white. Regardless of how we finished the last campaign, that bird had flown.

Likewise, early summer signings this year would have made no difference.

Our likelihood of retaining him has not been helped by the fact that Barcelona are currently going through a purple patch and are generally regarded as one of the best teams ever, anywhere. Their ethics as a club may be in the gutter, but their football is gazing up at the stars.

So what of the other “what ifs”?

If the mood round The Emirates last season had been better, it might have made Cesc more regretful about leaving than he probably is, but I can’t see it as a decisive factor. Nor the absence of his good friends like Hleb and Senderos.

As for Arsene trying harder to keep him… really? What more could he have done? He made him captain, cherished, nurtured and valued him and undoubtedly was key to him staying for the 2010/2011 season. He tied him up on a long term contract which still has four years to run, so he can’t be accused of letting him slip through our fingers for want of proper planning.

So that only leaves the impact of Barcelona and their concerted campaign to unsettle Cesc.

That’s the one factor that, had it not been there, might well have made a difference.

The massive peer pressure exerted on him at every international get-together by Barca’s Spanish players – and repeatedly in the media in between times – must have taken a toll.

Imagine if Barcelona had not been actively pursuing him for the last two years. He might well still fancy returning to his roots (and Catalan roots grow deep and strong) but the sheer pressure and expectation to do so would not have been there and he might have felt he could stay at Arsenal for longer.

But Barca did exert their pressure in blatant contravention of all the tapping up rules, and there’s nothing we or anyone can do about it.

So, to sum up, there is NO right way of completing the sentence “Cesc would have stayed if…”

And now it’s time to move on, with sadness for the closing of one chapter, but hope and optimism for the opening of another.

This entry was posted on Tuesday, August 16th, 2011 at 9:30 am and is filed under Uncategorized. You can follow any responses to this entry through the RSS 2.0 feed. You can leave a response, or trackback from your own site.

88 Responses to Cesc Would Have Stayed If…