Nineteen players have achieved the feat of scoring 100 goals for the Club over the past 96 years. The players are sorted by the number of games taken to reach the 100 goal mark. Reg Lewis sits at number 5.

Reginald (Reg) Lewis was born in Bilston on 7th March 1920. He played local football for Nunhead and Dulwich Hamlet Juniors before joining Arsenal as a professional in March 1937. 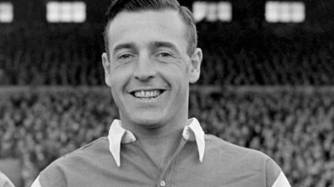 However, as Lewis was only 18 and Ted Drake was the first-team centre-forward, and so he was only given four games in the 1937-38 season. The following season he created a club record by scoring 43 goals in 31 games for the reserves. He also scored 7 goals in 15 first-team appearances. 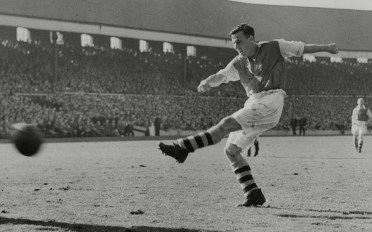 In 1945 Lewis was a member of the British Army of the Rhine in Occupied Germany; he continued to play for Arsenal and shone as a natural goal scorer; although wartime appearances and goals are not officially counted, he scored 143 goals in 130 games, including four in the 1943 War Cup Southern Final, in a 7-1 demolition of Charlton Athletic.

Towards the end of the war he served in the British Army of the Rhine in Occupied Germany, but returned to play for Arsenal once first-class football resumed in 1946. Although most of the Arsenal side of the 1930s were past their best by this time, Reg was still only 26 and he continued to be a regular in the first team throughout the remainder of the 1940s.

He was the club’s top scorer in 1946-47 with 29 goals this included a hat-trick against Preston North End and four against Grimsby Town. Jeff Harris, the author of Arsenal Who’s Who, argues: “His ability and knack of scoring goals were attributed to his fine positional sense when finding space in the box as well as being cool, calm and collected.” 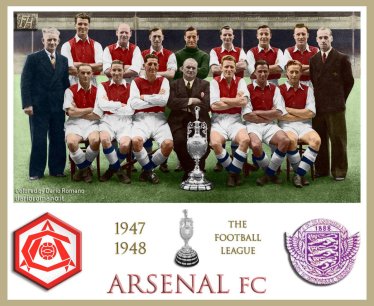 The following season (1947-48), he partnered new signing Ronnie Rooke and between them they scored 47 goals as Arsenal won the First Division title; however, Lewis suffered from a series of injuries that year but still scored 14 goals in 28 games.

In the first game I watched at Highbury on November 22nd 1947 – GN5 was fortunate to see Reg Lewis play. Also playing that day were – Jimmy Logie, Wally Barnes, Les Compton, Ronnie Rooke, Don Roper and Doug Lishman. Rooke and Logie both scored in a 2-0 win over Huddersfield)

During the early 1950s, Lewis became constantly afflicted with injuries, and he made only 12 appearances in 1951-52 and none at all in 1952-53. In the close season of 1953, he retired from the game at the age of 33. After retiring he first ran a pub and then worked in insurance.

Reg scored his 100th goal for Arsenal against Huddersfield, at their Leeds Road ground, on January 20, 1951. 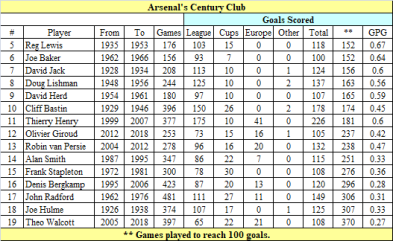 This entry was posted on Thursday, May 23rd, 2019 at 6:35 am and is filed under Uncategorized. You can follow any responses to this entry through the RSS 2.0 feed. You can leave a response, or trackback from your own site.